This Archive was originally published as part of Lloyd's blog which closed in 2008. Some of the links to other sources such as images, videos and external websites may be missing. 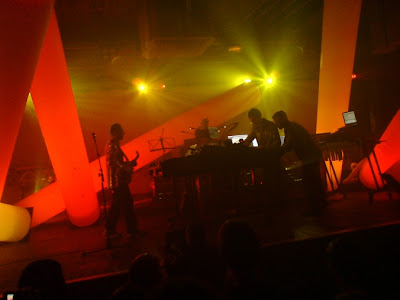 Picture during Jumbo with the tubes lightning up.
Great concert which was almost totally mixed together in one flow.
Great improvs and some old tunes.
Liveherenow recorded it and sold cds after the show

edit: was so ‘used’ to that the tubes were up during TMO that I made that error…