This Archive was originally published as part of Lloyd's blog which closed in 2008. Some of the links to other sources such as images, videos and external websites may be missing.

I found a review in German about this wicked concert the boys did at l’Atelier in Luxemburg city.
Nice unearthy picture of the green laser there. 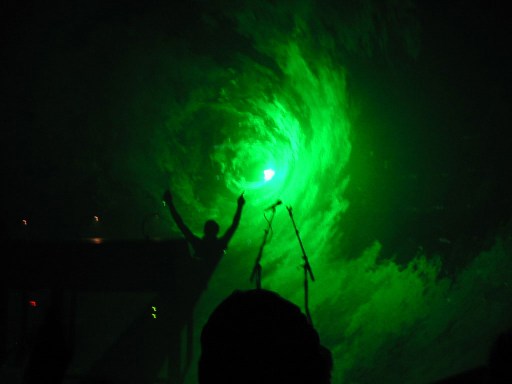 I have not enough time to translate it, but in basic the reviewer liked the gig although he/she came to see a band that uses drums and keyboards and guitars…
;o)
On another website I found some very dark pics of this concert.